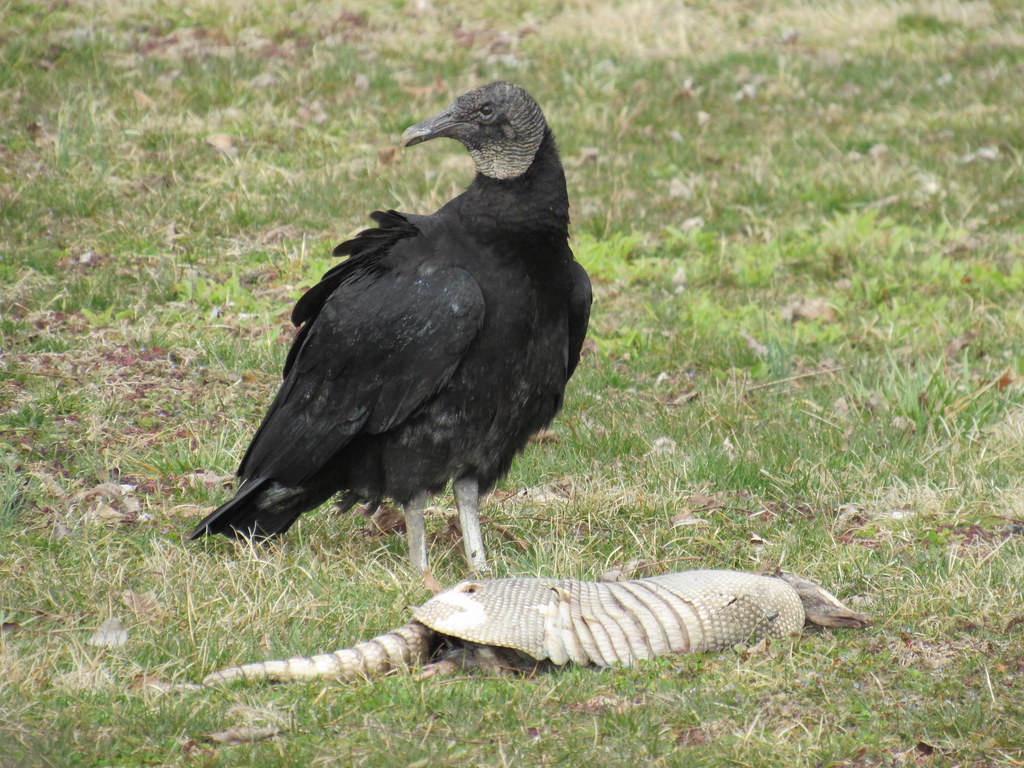 On the second day of spring break, my good friend Cody and I went out a-wandering across the Mississippi floodplains, searching for whatever we could find.  We first stumbled across this Black Vulture feeding upon a Nine-banded Armadillo, in an image that demands y’all’s sweet tea, it’s so Southern.    For the heck of it, I posted the image to Illinois Birding Network on Facebook, where it blew up.  I recieved over 60 comments, mostly to the tune of “THERE’S ARMADILLOS IN ILLINOIS?!”  Now, most members of that group are from Chicago, and as with anything else in Illinois the rest of the state gets a bit forgotten in comparison to whatever’s going on in Chicago.   So, “Yes, Chicago, we do have Armadillos in Illinois.” 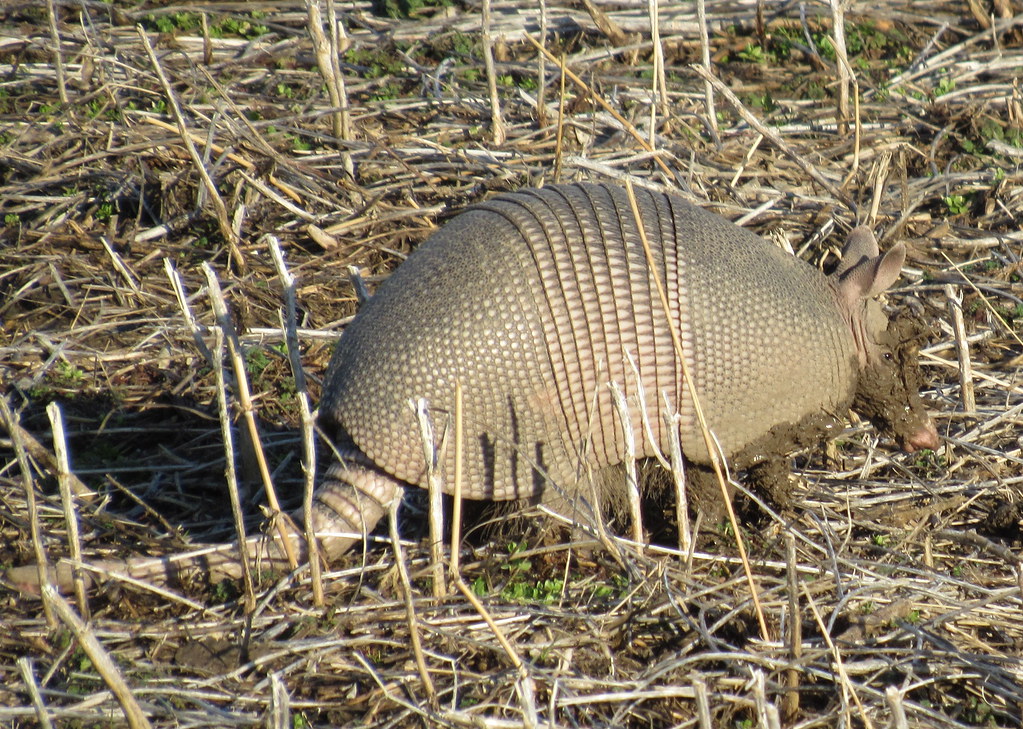 Indeed, Cody and I went on to find two more Nine-banded Armadillos (Dasypus novemcinctus) out foraging in muddy fields.  Armadillos are a recent addition to Illinois’ mammals, the earliest specimens found in 2002 by the Illinois Department of Natural Resources.  It’s part of a range expansion going on since the early 1800s, when the first Nine-banded Armadillos illegally immigrated into Texas from Mexico in 1849.  They’re thick on the ground along Route 3 and the nearby backroads here in southern Illinois, especially in floodplain areas. 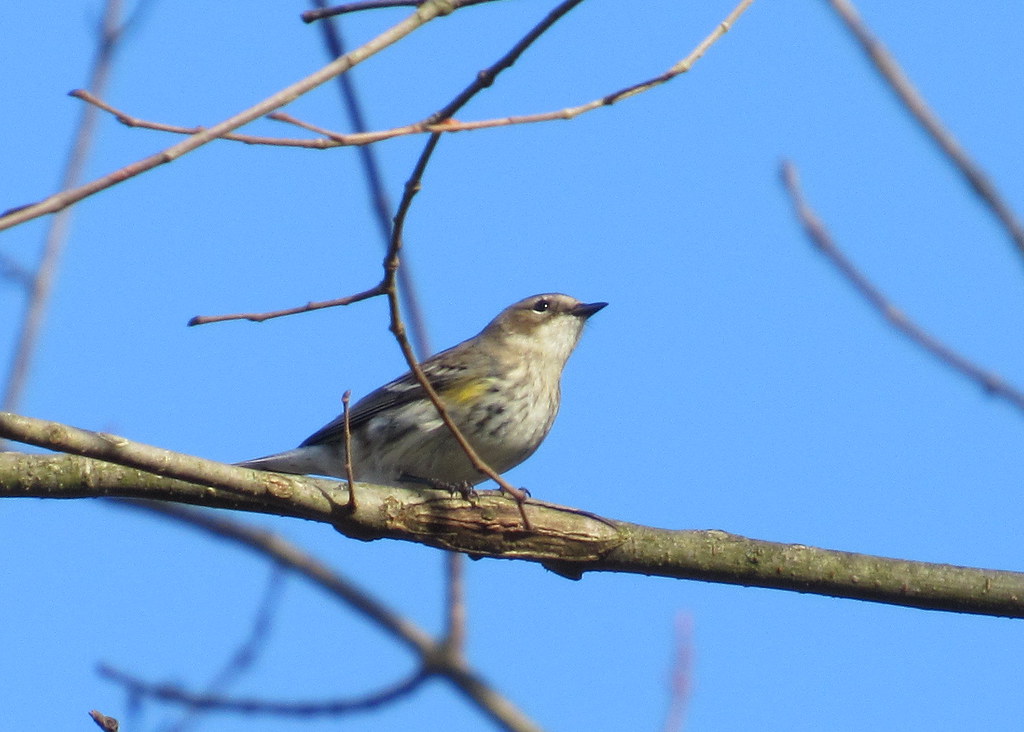 Thick in the trees- for now- are Yellow-rumped Warblers (Setophaga coronata), starting to move north for spring. By late May they’ll be gone, off  nesting in the North Woods of Canada. 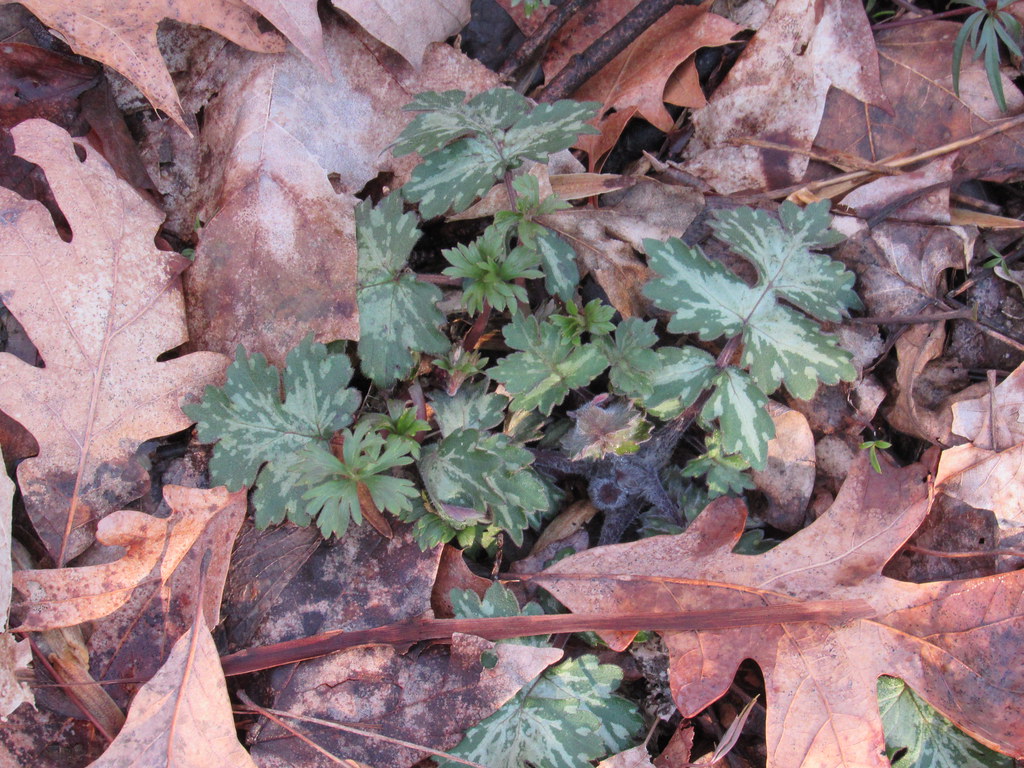 The springlike weather has encouraged the Great Waterleaf (Hydrophyllum appendiculatum) to begin coloring up and producing a few more leaves.   Waterleaves get both their common and scientific names from their unique markings that somewhat resemble water stains. 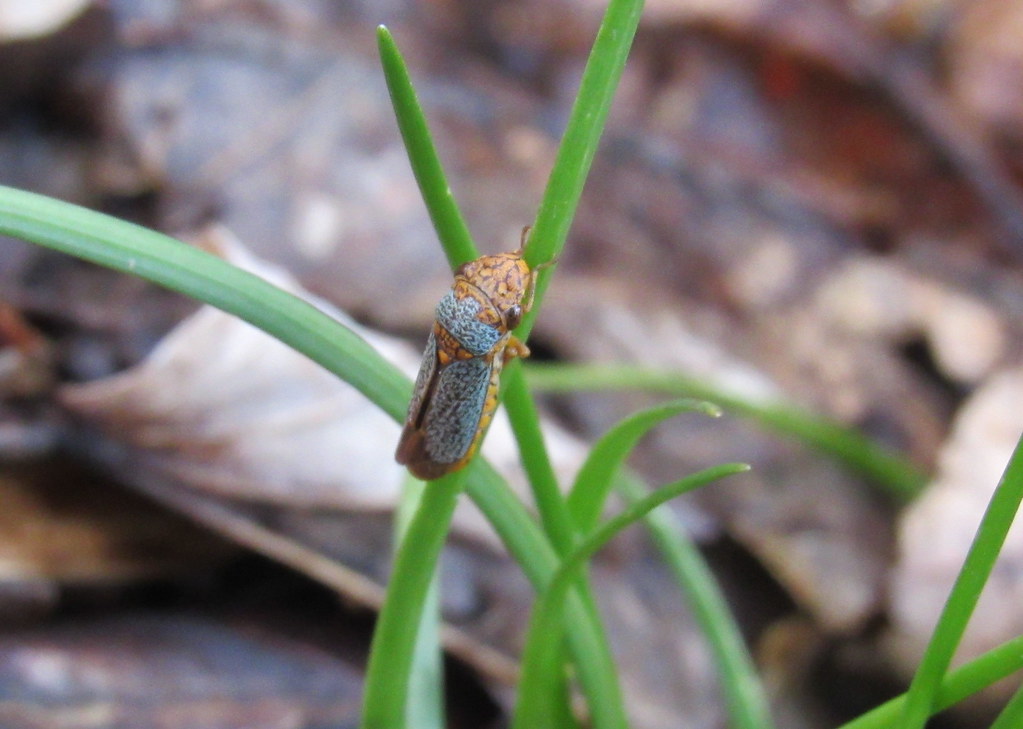 The warming weather also encouraged a few overwintering insects to emerge, like this unique little Broad-headed Sharpshooter (Oncometopia orbona), a planthopper capable of jumping great distances to avoid photography.  Thankfully, it decided to sit mostly still for us instead. 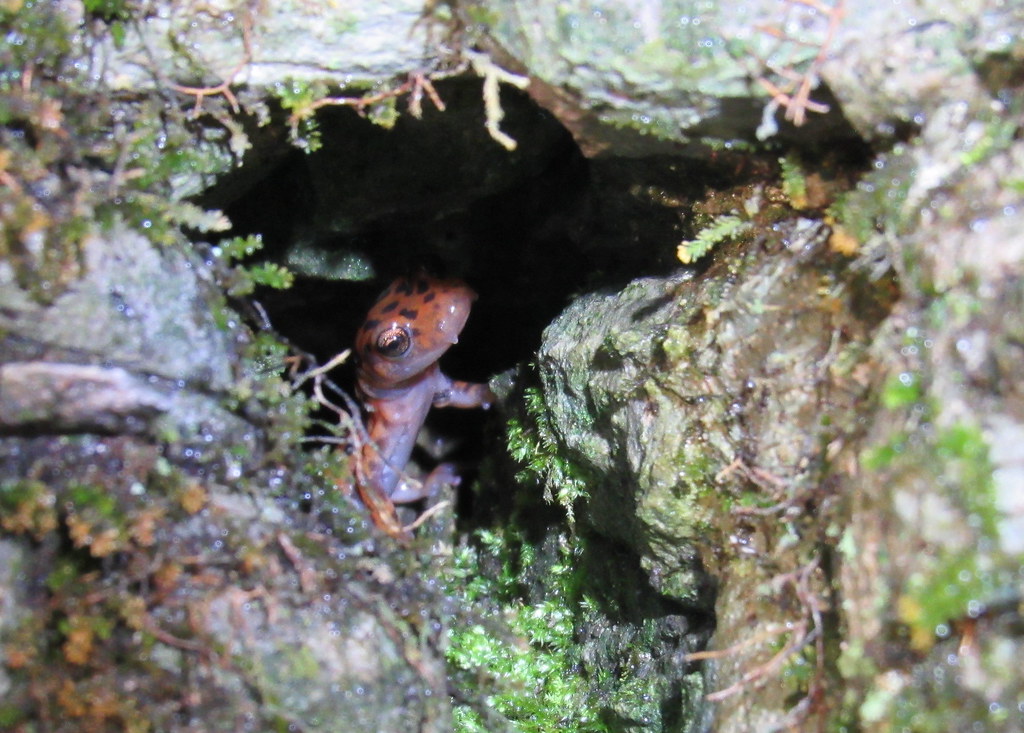 A recent rainstorm had encouraged the Cave Salamanders (Eurycea lucifuga) out of their usual crevices  and directly into view for us. These shy, light-avoiding salamanders were visibly present in the low hundreds at this location. They often are here, but they generally don’t like to leave their spring too much, until the water gets too high for them as it had lately. 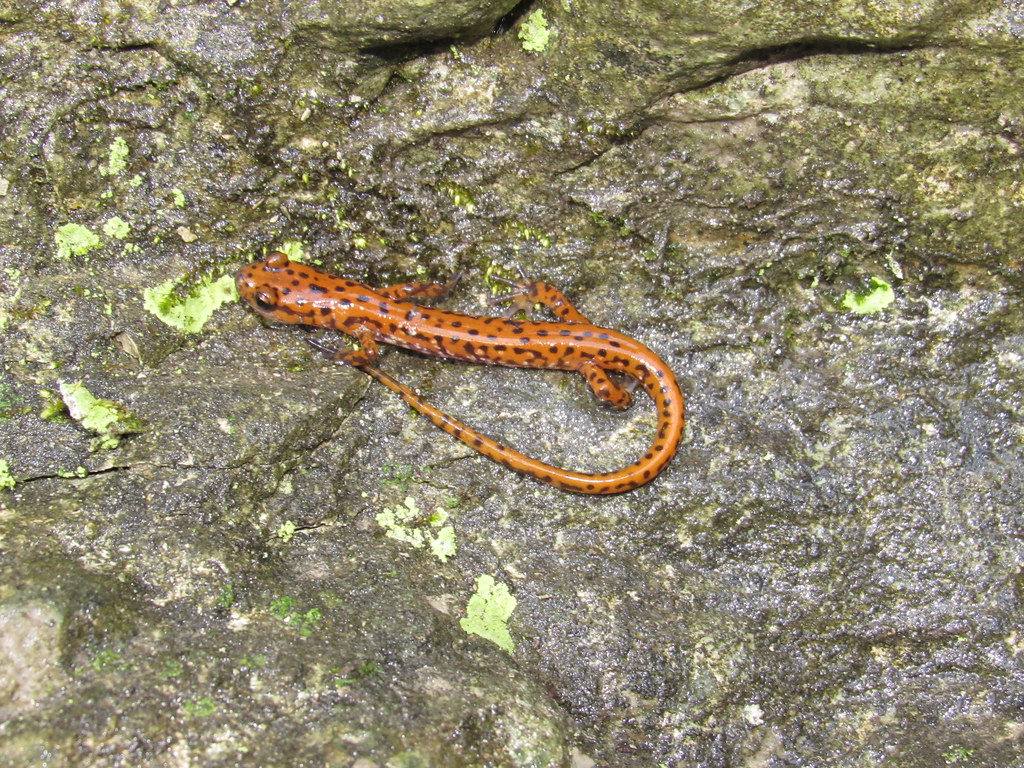 In a hole off to the side of the salamander spring, a Cottonmouth (Agkistrodon piscivorus) glowered at us, seemingly unwilling to leave its den. YAY!  First snake of the year. 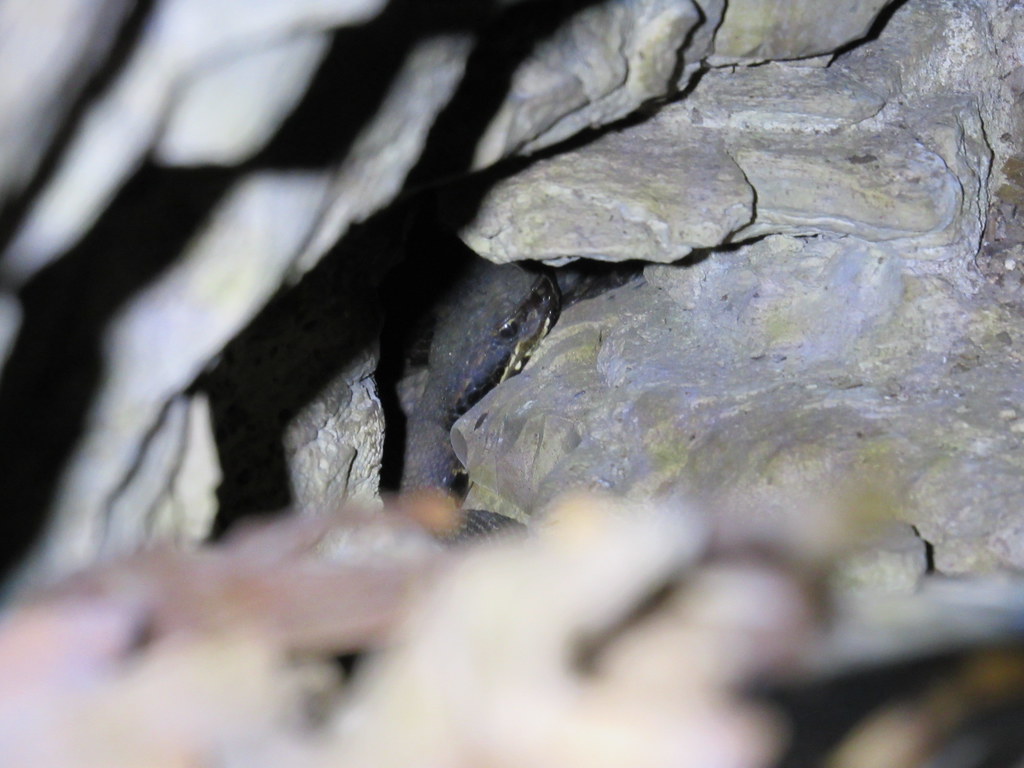 Outside the cave, we noticed a few Cut-leafed Toothworts (Cardamine concatenata) just beginning to bloom, the first of a long series of flowering plants we’ll see over the coming weeks. 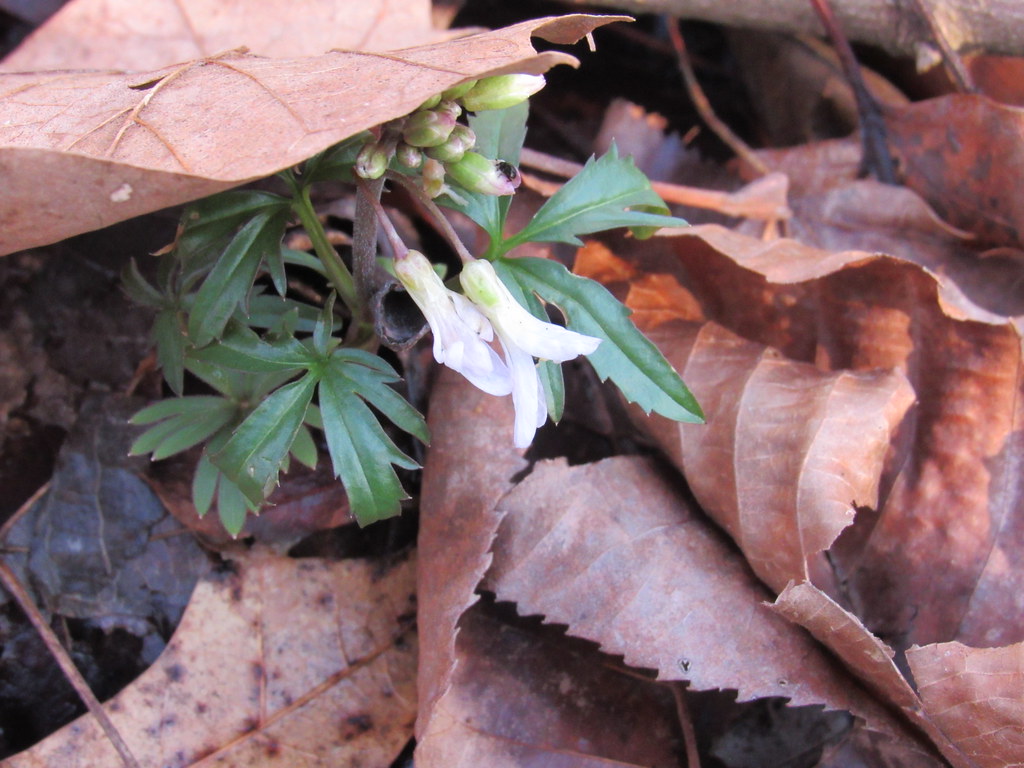 Flipping a stone nearby yielded this pair of Northern Zigzag Salamanders (Plethodon dorsalis), cousins to the Eastern Red-backed Salamanders found in most of the eastern US far more widely and abundantly.  This species is seemingly localized to a handful of sites in Illinois, although as with most salamanders it’s hard to know the exact range thanks to their quiet and secretive ways. 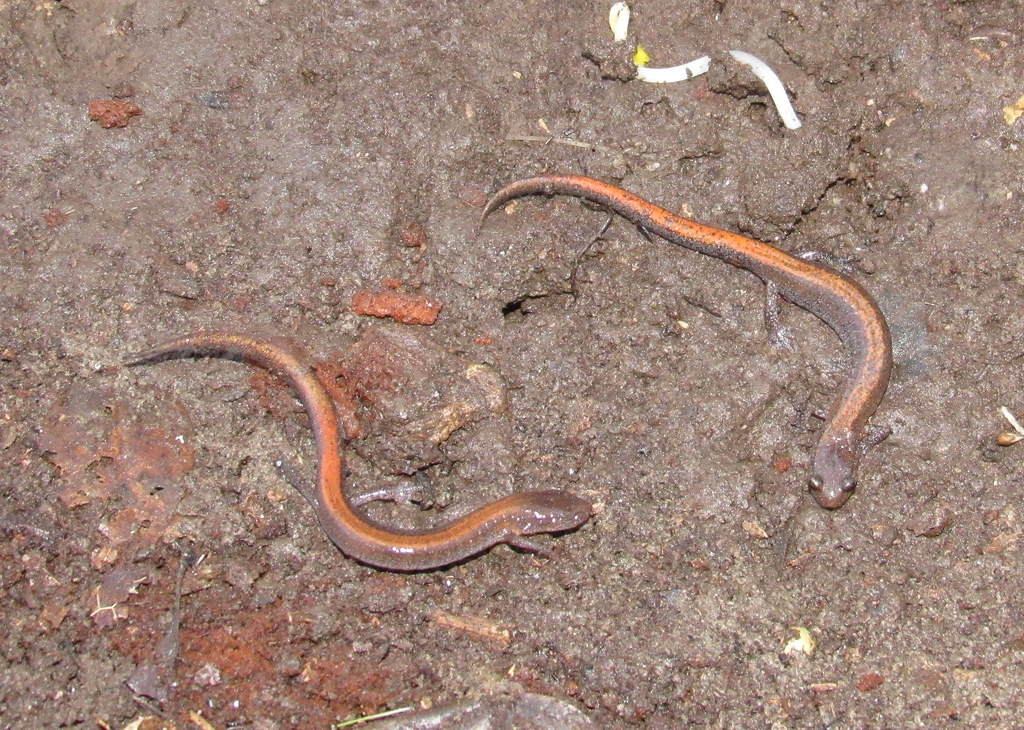 Cody and I just about stumbled over a few Cottonmouths sunning themselves next to a den site, a spot where they go into holes and hide to overwinter.  Thankfully, we backed away reasonably well.  Still, understandably they got a bit defensive, and here we see a Cottonmouth in defensive posture. This particular individual has gorgeous chin patterning compared to many I’ve seen.

When moving around a probable Cottonmouth (or other venomous snake) den site, there’s a few things to keep in mind.  Wear foot protection of some kind (thick socks and especially thicker shoes, don’t reach into any crevices you can’t see all the way into, and look before you move.  I prefer going with a friend and moving slowly through the area, watching out for each other as we go along.  This avoids unintended injuries to both the snakes and ourselves.  Cottonmouths are not particularly aggressive, and nearly all injuries are from trying to pick up or kill them.  That being said, Cottonmouths know what a wallop they can deliver and they’ll let you know about it ahead of time by showing off in a threat display.  Rattling tails, hissing, and open, upturned mouths are a good sign not to come closer!  Cottonmouths and most other snakes can strike within half of their body length, and I generally recommend keeping out of the full snake’s body length from an individual, just for extra buffer.   If you follow this advice, you’ll be quite safe. 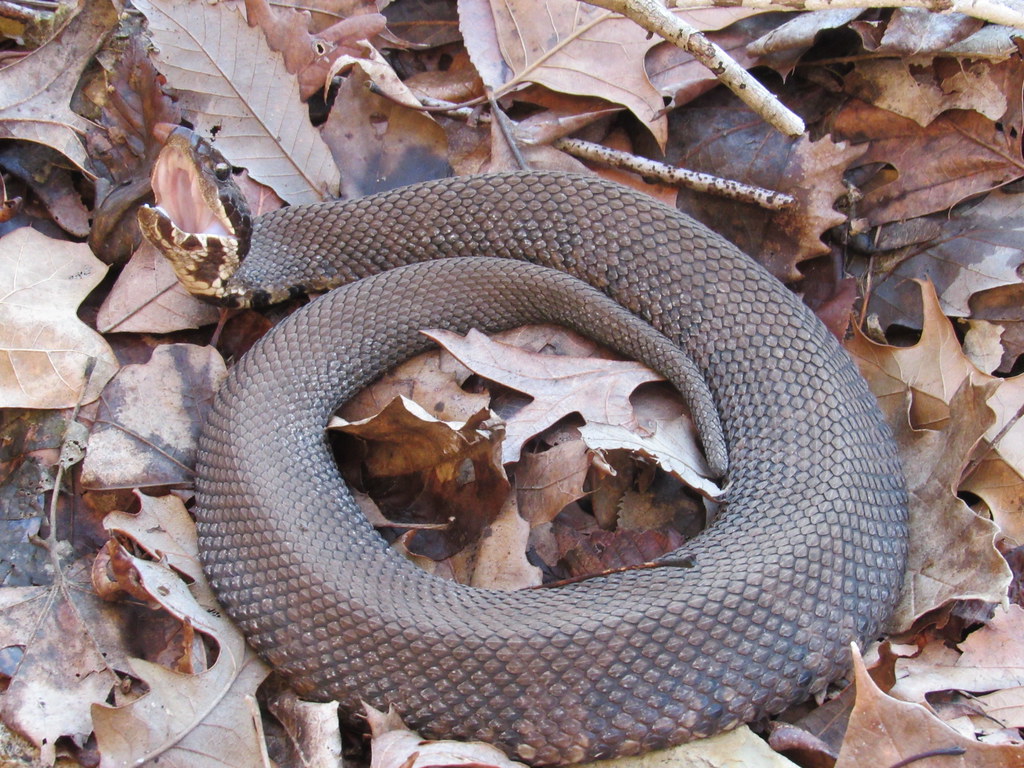 After appreciating the Cottonmouths, we drove home, wrapping up a second wonderful day of spring break.  I’m writing this on the third day,  just about to head out and I’m about to see what I find today!  Have a safe Daylight Savings Time, everyone!

One thought on “Yes, Chicago, There Are Armadillos in Illinois”